Hi, I am Dagna Gmitrowicz, and for the last 17 years or more I have been working either – as an artist /painter or as a therapist/youth worker.  Those paths have become integrated into one method, which developed into the frame of this project – Sparkcatcher.

The results are enormous.

I wish it could open discussion and exploration on the outcomes in our forum.

This is my story: 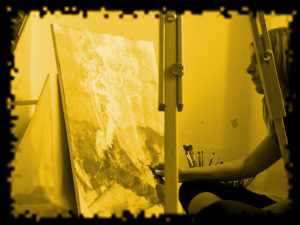 After several trials in my art-atelier with live portrait painting of different people, I recognized that images emerging during those sessions were closely resonating with those who were present, the psychological resonance was much stronger than just visual expression of a person.

Following this natural phenomenon I decided to continue with some further exploration in the frame of developmental sessions.

I carried out several developmental sessions which consisted of two elements: an individual dialogue with a client accompanied with emerging oil painting produced by me. The emerging image (which was always a big format portrait) became a stimulus for questions and led to interesting and surprising shifts in conversation.

Comparing the two methods of work: with and without painting – my experience proves that the sessions which involved the process of painting were much deeper, with more energy, curiosity and led to greater unexpected findings of those who participated.

Of course it is just a qualitative assessment, as far as EBP is not possible to be adapted at this stage. It needs further exploration.

Nevertheless, after the sessions involving  these „visual conversations” (for the sake of this project I started to use this term as an illustration of the process),  with time it became clear, that people benefited from them enormously. The emerging image was always taking a role of an anchor of achievement and became a visual record of the whole developmental process. At the same time it was a crucial stimulus for unexpected insights and findings.

I assume that in this context, the painting took a role of meta-factor, which was empowering radical shifts in conversation and was expanding the contextual understanding of the theme which was brought in by a client.

Another interesting aspect of the method was, that the painting was created by me – a facilitator, and it could be treated just as a facilitation tool empowering the awareness of the process of facilitator and it gave impulses for some following questions based on different elements emerging on the canvas.

Simplifying this process – it could be another listening position in Enright’s set of figures. 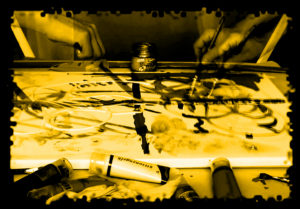 I started to look for a way to share this experience as a developmental method with a wider group of receivers in order to use this medium as a tool which could support people in their own development towards proactivity and efficiency.

I came up with a hypothesis that the process of transition has several universal aspects/phases. This was
already described by several coaching methods like „four rooms of change” and other change- supporting tools.

Based on this hypothesis, I’ve designed the session which aimed at revealing empowering elements of transition. The client was invited to share a story of their transition and at the same moment, the image was being painted on the canvas. The whole process was recorded.

The final ideal result which I was aiming at, would be a short video showing the process of emerging image, supported by corresponding questions. The video would be meant to stimulate self-discovery of a receiver.

However, after going through this process, it became obvious, that questions and elements appearing on the canvas were very specific and corresponding mainly and only to the particular client.

Only temporarily though, because after documenting 4 different processes I recognized, that particular questions might be universal – and that gave a ground for 4 short movies, which I present. 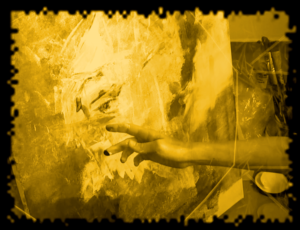 After receiving feedback from 3 people coming from different backgrounds and professions, a new concept emerged.

What remained as universal were the particular components/layers of transition and the language of art – as a powerful metaphor.

I extracted the particular layers/dimensions from the previous experiment that describes the processes of this transition:

Those 4 themes were the focus for 4 different processes with 4 different clients.
Each of those processes was a set of three 1 hour long sessions, run on different settings/locations. Each process was recorded and transcripted. Each session was shaped around „visual conversation” method.

The rules and highlights of the method will come soon as the tool for youth workers and therapists.

Finally each of those 4 processes was an inspiration for „TRANSITIONS” – four SHORT MOVIES, which finally could be also a tool for development:

HOW TO REDISCOVER YOUR DREAMS AND MAKE OWN CHOICES

TRANSITIONS – HOW TO BECOME VISIBLE

These four processes became an inspiration for visual dialogue cards, which were designed by me in a dialogue with clients and a wider public.
The first deck of cards was developed in the frame of this project and is presented in the following paragraph.

The images appeared in a carefully designed process in relation to particular contexts and in
a dialogue with one or more people.

How to become visible

These illustrations represent milestones of the process – how to become visible – and show different ways how to deal with a challenge towards self-empowerment.

With these cards, the learner is invited to co-create their own visual representation.

How to work with these cards?

I would describe the whole process with an additional KNOW HOW before 30th January. 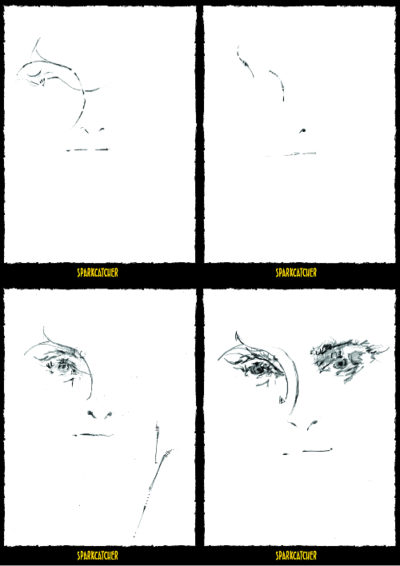 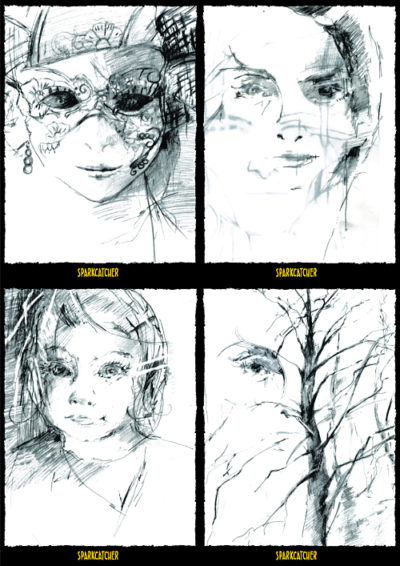 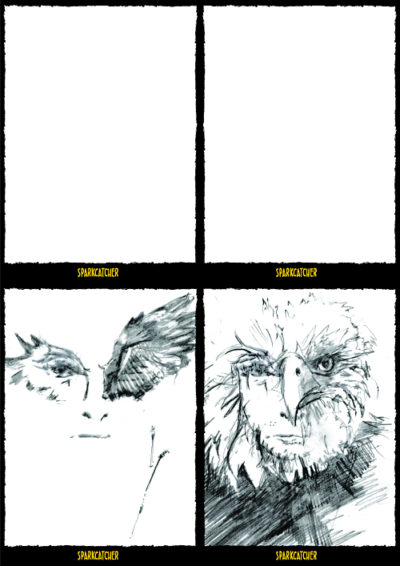 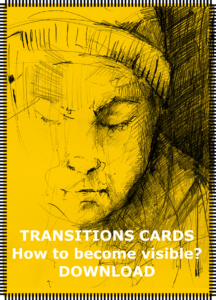 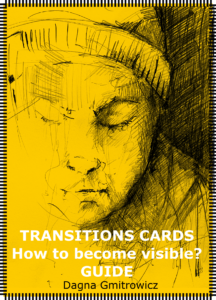